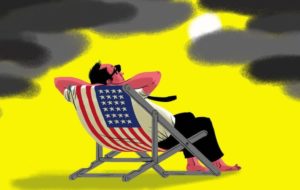 Two charts illustrate how and why the Russell 2000 is strengthening.

The second is a chart of the Russell 2000’s daily advance/decline line since September 2018. What stands out is the positive divergence between the Russell’s breadth and its price action. While the index declined more than 30% from 238 to 162, the advance/decline line registered a significantly higher bottom. In other words, the index was camouflaging that more stocks had begun to turn higher—even as the index itself declined.

Our Aug. 9 report to clients illustrated that 30-year T-Bond yields had bottomed at 1.25%—and have risen in anticipation of the Treasury’s growing financing needs and because of rising grain prices.

It is for these reasons that I expect small-caps to outperform large-caps in the weeks ahead.